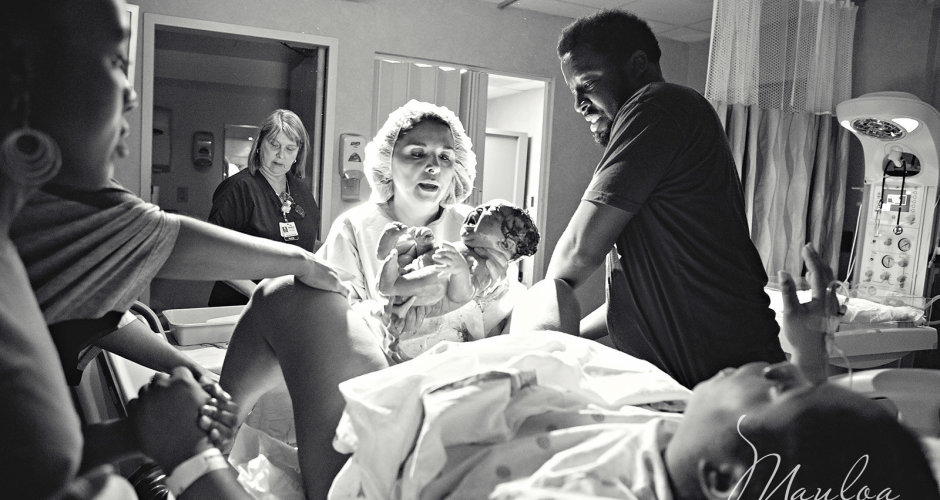 August 6, 2014.  I was already four days past my due date.  Three weeks earlier, my OB-GYN said I had started dilating and was 1-2 centimeters.  I started telling close friends I could go into labor at any minute.  But here I was…on this Tuesday morning…41 weeks pregnant – and still roaming the streets.

The day before, I went in for the fun-filled cervix check.  My doc came in…“you’re still here???”  She rammed…I mean – checked my cervix…I was 4-5cm dilated.  But no signs of labor.  She scheduled me to be induced on that Friday.  I was upset.  I really didn’t want to be induced again…what’s the deal with my babies wanting to stay all cozied up in my womb?

I called my awesome doula, Na’imah Delpeche, to share the update.  Na’imah had been by my side during my first delivery – and she was one of the first calls I made when I found out I was pregnant again.  She suggested I book an induction massage and I was able to get her contact to come to my house the same day.  For two hours, she massaged my feet focusing on all the key pressure point areas that would help to naturally induce labor.  I was willing to try anything.  I even let my sister come over later that night with her special “Woosah oil” and rub my belly with it….I even fell for my husband’s pitch late that night.  “You know they say sex will help induce labor…maybe we can give it a shot? ” 41 weeks in…feeling like a whale…and super uncomfortable – sex was the last thing on my mind.  But at that point – I was willing to try it all.

Between the Woosah oil, induction massage and sex – I expected my water to break in the middle of the night.  I jumped up a few times, feeling the sheets, in hopes of finding a wet spot.  Nope…nothing.  I had a dentist appointment the next morning and I had enough people telling me I shouldn’t be driving at that point…so I asked Bob to take me.  But first, I wanted to grab breakfast at a local diner that I’ve been wanting to take him to.  I kissed Miss Bobbi (my 18 month old) good-bye and as I was leaving, I told our nanny that I was starting to feel funny…but I would be home right after the appointment.  And so begins the journey: