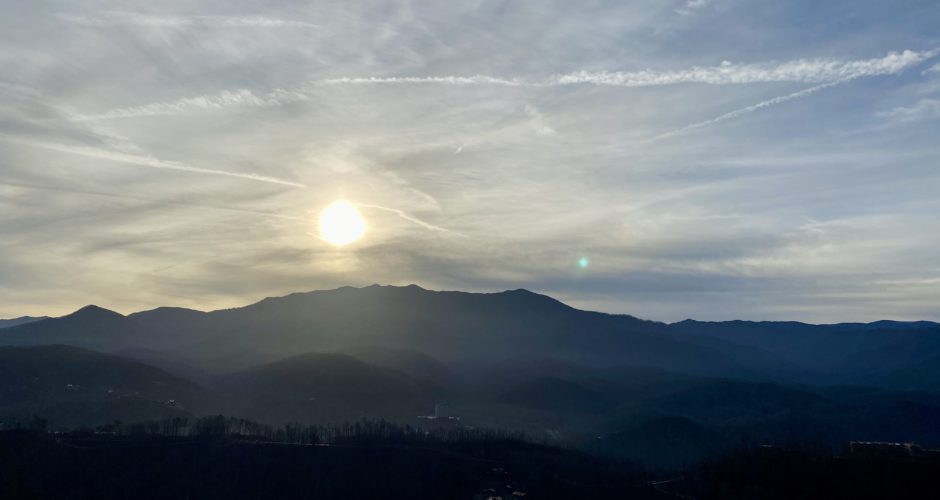 Every year…the same feelings creep up on New Year’s Eve. Fear and anxiety mainly. Fear and anxiety of the unknown. It used to be really bad, but as I’ve gotten older, had my family…its been a little bit easier facing the future with the people I love around me.

But still…I felt all of that creeping up on me this morning – and I took 10 steps back. I’m currently in the moutains in Gatlinburg with my husband, kids and extended family. This is the second year we’ve come to the mountains during the holidays…it’s the most serene way to end an incredibly hectic year. And 2019 was one for the books. It put the words hectic and stressful to shame.

Alot of it I shared on social media. Work life…home life…travel. I share alot of my family life on social media. Social media can be tricky. Sometimes I feel guilty posting my life – never wanting it to appear picture perfect. But the reality is – despite the challenges – I love my life…I’m deeply grateful and thankful for it. And I shouldn’t be ashamed of it. Especially knowing how at one point in life, I felt alone, sad and depressed.

The last few days I’ve come across stories of people losing loved ones so suddenly…and that guilty feeling I have of my own life melts away. I embrace my world even tighter – because nothing is promised…and life is fleeting.

Going into 2020 – the anxiety and fear that I have is also coupled with excitement and anticipation. All of these feelings – the good and the bad…just adds to more stress. So I take a few mental steps back.

“God, it’s all in your hands.”   That simple prayer is enough to bring calmness to my world. Because the truth in all of this is – it really is. Whatever anxiousness, fear I feel….what does it matter?? When he has it (whatever it is) all under control… and sometimes we need to remember that.

“Breathe – take it all in.”   That’s what I remind myself. As I’m sitting in what feels like the most peaceful place on earth – why am I using this time to stress about a moment that hasn’t even arrived??  I pour myself a glass of wine…breathe – and take it all in. Besides – I’m leaving in a few short days and will be pissed that I spent that time worrying about the future. I’m learning to live in my moment. 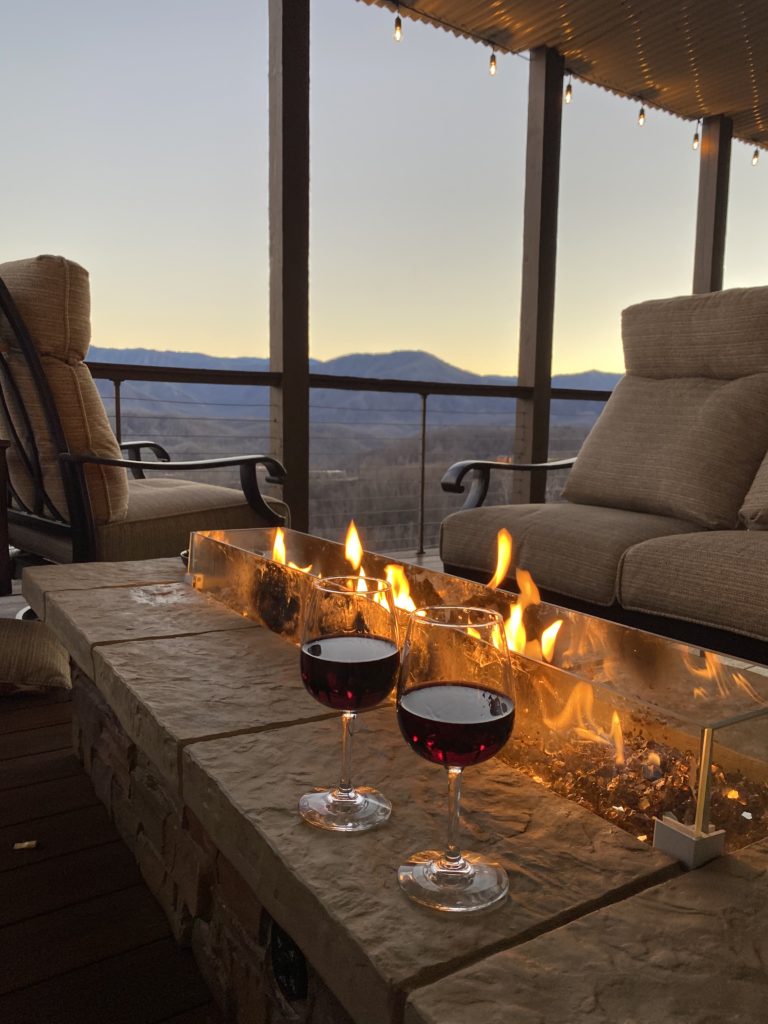 “Cherish the day.”  Last night – I spent time with my husband going over our schedules for the next 3 months. At one point – both of our laptops went dead on us. It was necessary. Instead of chargers – we picked up honey graham crackers, marshmellows, hersheys chocolate, called over our kids and family – and made s’mores over the firepit in our log cabin patio. We live in Miami…we don’t make s’mores…we don’t have log cabins and we damn sure don’t have firepits. We can compare our schedules on the flight home…right now – we need to cherish the day. 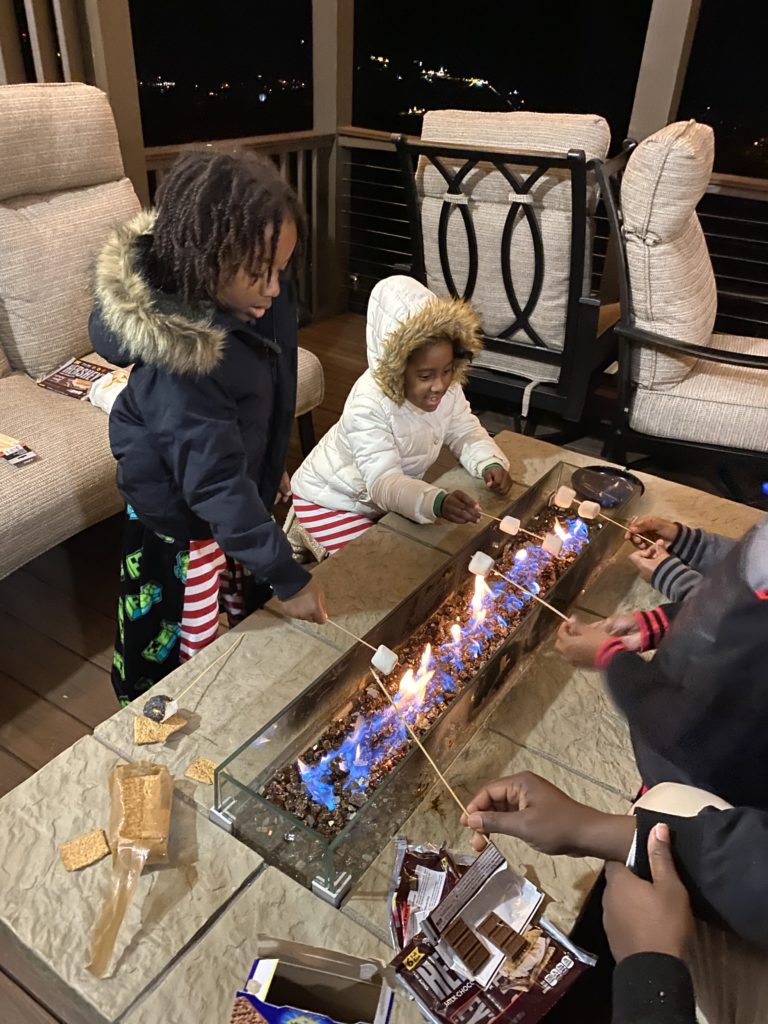 These three thoughts are what I pray carry me thru 2020 and thru the next decade. We have to make our own mental notes and have our own alerts to remind us what we need to press thru. These are ones I wanted to share with you as we turn another year and walk into a new one.

What are some of your mental notes and thoughts that get you thru? We can all use these reminders.

Happy and blessed 2020 to you…Love Always! 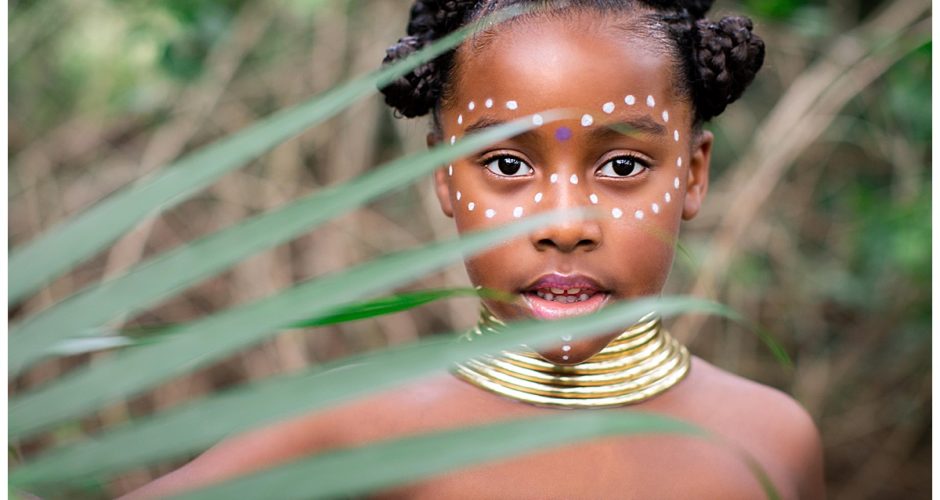 This song has been on repeat in my home since Beyoncé dropped her album for The Lion King. Hearing the lyrics drives me to tears and makes me happy all at once. Watching my daughter, Bobbi Elle dance around the house while belting the lyrics of the song, brings me joy. The other day I asked her if she knew what the song meant.  “Yes mommy…it means my brown skin is beautiful.”

At 2 years and 3 years old, Bobbi would come home asking for her hair to be straight and long like her pre-school friends. She would ask why she couldn’t be “vanilla.” She would play with her white Barbies and call her black dolls “dirty.” Crazy part is…I used to hear other moms talk about this – but never expected to hear those words from my own child…and at such a young age.

I knew that she was in a pre-school where she was one of one. While she developed the best relationships and friendships that she still has til this day – it clearly affected her to not see other girls like her. She just wanted to be…what she saw.

By the time she was 4 years old, I knew we needed to balance out what she was seeing on a daily basis…and since she loved to dance – I found an African-American ballet studio near where we lived, Be Dance Studios.   I took her by to get her registered – and she looked at the roster of girls and said…“wow…they’re all chocolate.”

Her first few weeks into the program…I would watch her watch the other girls getting ready for ballet class…in awe. Her face told me that this was something new and she was intrigued by it all. I’ll never forget her looking at the girls – all different shades of chocolate…in amazement. It was a pretty telling moment for me.  And I knew we had made the right move.

In her first few weeks in kindergarten – she came home with a school project where she had to write her bio…”About Me.” Her dad had been doing morning affirmations telling her to repeat…“I am smart…My skin is beautiful….I am Kind…I am Special.” So it was only right when she had to fill out “I am special because….” She wrote…

When I read that…I was so happy…and then I cringed.

This “About Me” bio was going to be put up in the walls of the classroom in time for Back to School Night. What would the other parents think? If I read a white child’s bio that stated they were special because of their skin…I would feel a certain kind of way and that child AND parent would get the side eye from me.

I started to erase her answer that I helped her write…and then…I stopped myself.

I thought about all the times she came home wishing she was “vanilla.” Asking why her hair could not be long and straight like her friends. I thought of the times she called her black dolls dirty.

And I pushed her bio away…looked at her and said…”what do you mean you’re special because of your skin?”

“Because my skin is brown…and its beautiful.”

That was all I needed to hear.

All I could say was “I love that answer, Bobbi” and watched her color in that section of her box…brown.

Everything we said and did in the past year to help her embrace her skin color, her hair and who she was – had kicked in.  And I was not about to unravel that.  She had pride…She was confident.  And she had no shame owning it.  And so should I. We fought too hard and too long to be in 2019 fearful or worried about how others will view of us…for loving ourselves…and loving the skin we are in.  And if we’re honest – we’re still fighting.  But that’s another blog post for another day.

Was proud to see this posted in her classroom on Back to School Night. 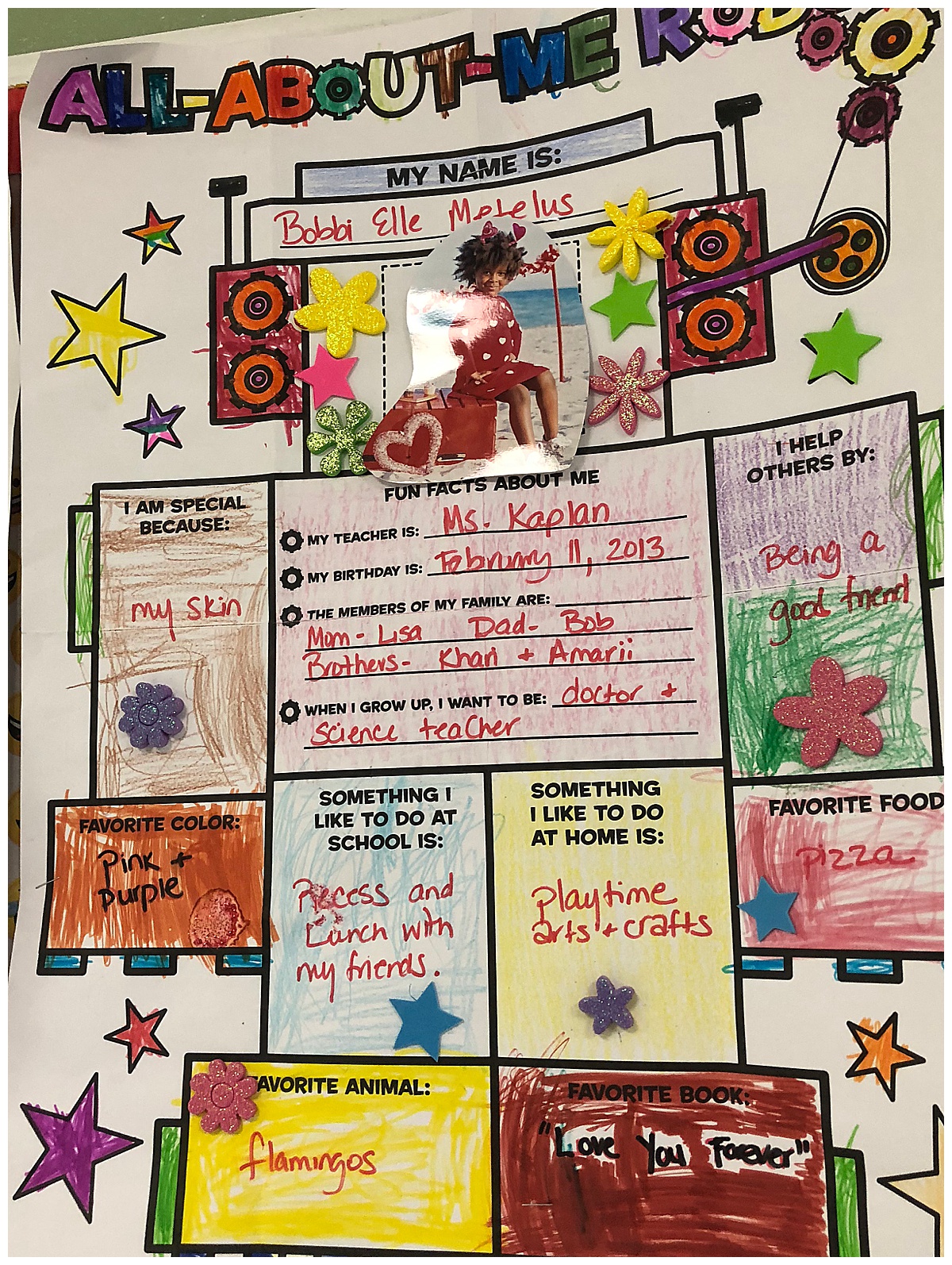 When Bobbi turned 6….as its our tradion…it was time to do our annual birthday photo shoot. I wanted it to be something that celebrated her and who she was at that moment in time…Black Girl Magic….A Warrior Princess. The Bantu Knots was her idea. She went from wanting “vanilla” to all black everything! I called my friend and hairdresser, Jade Davis…and she went to work. Between Jade and Toni Lowe who styled her and Erica Melissa behind the lens…we captured who she is….BLACK GIRL MAGIC… 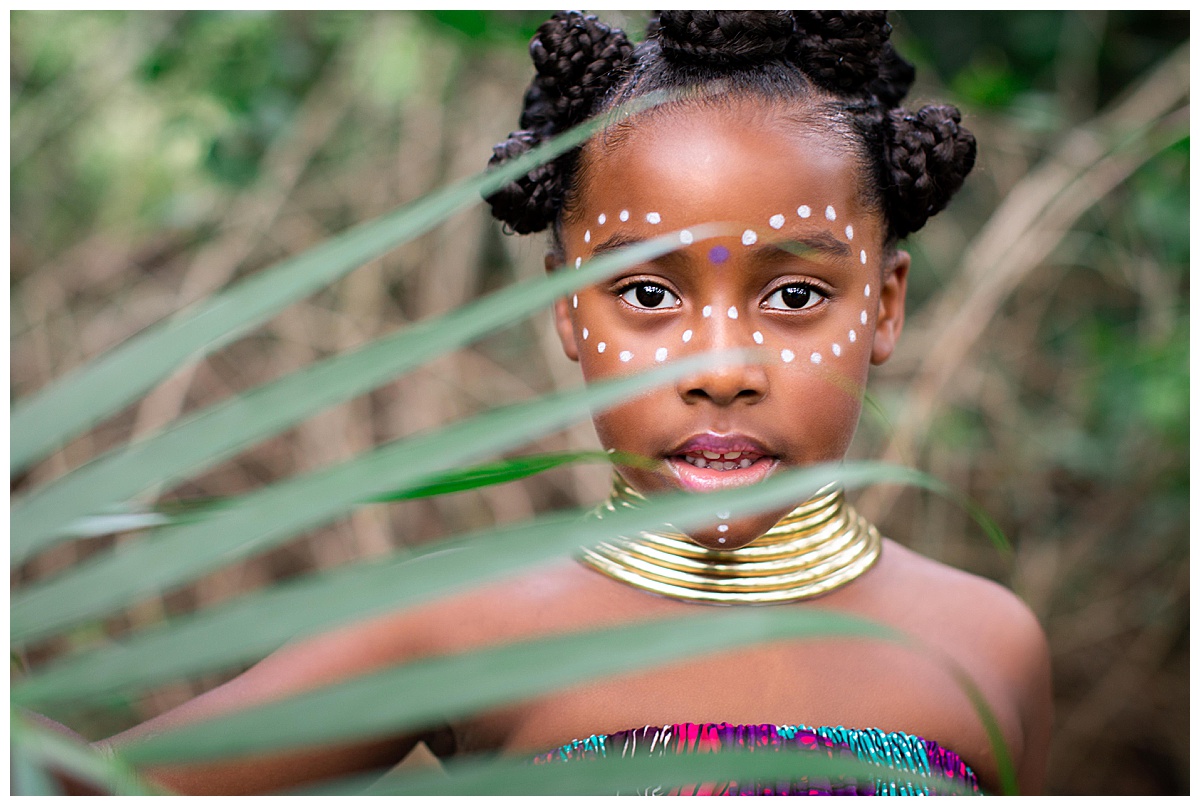 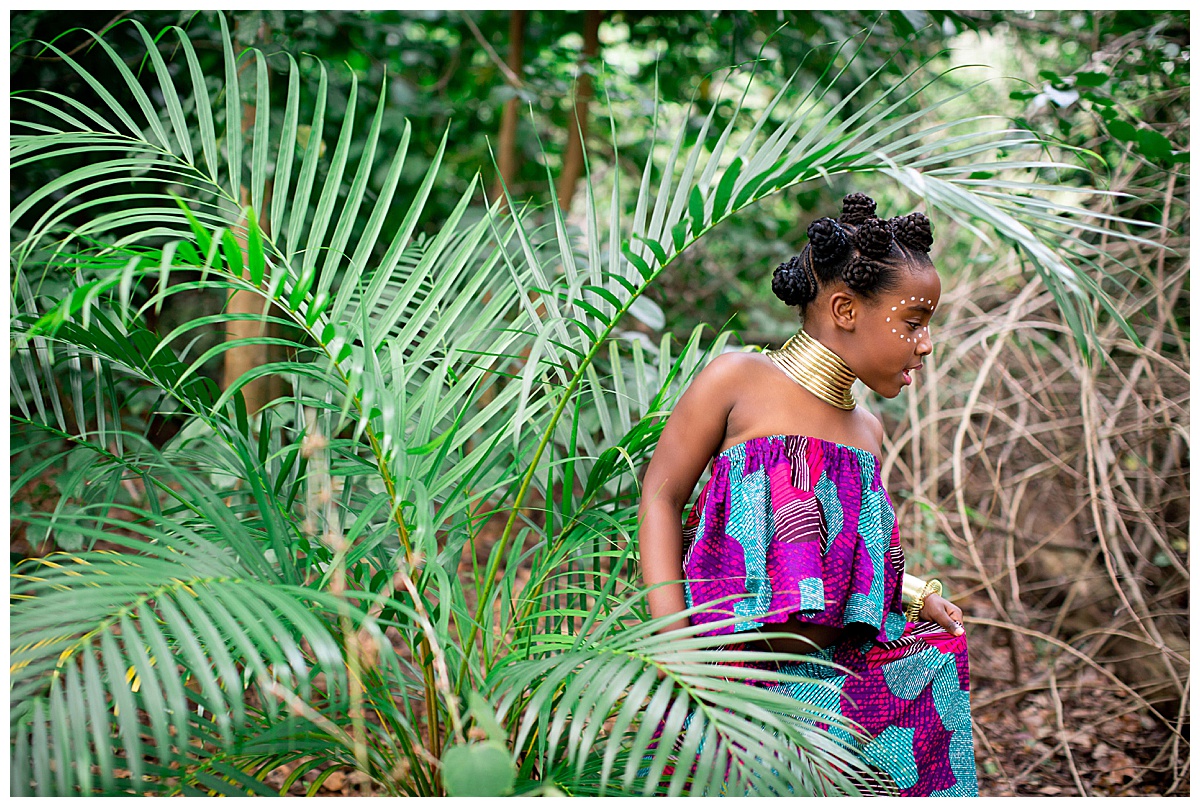 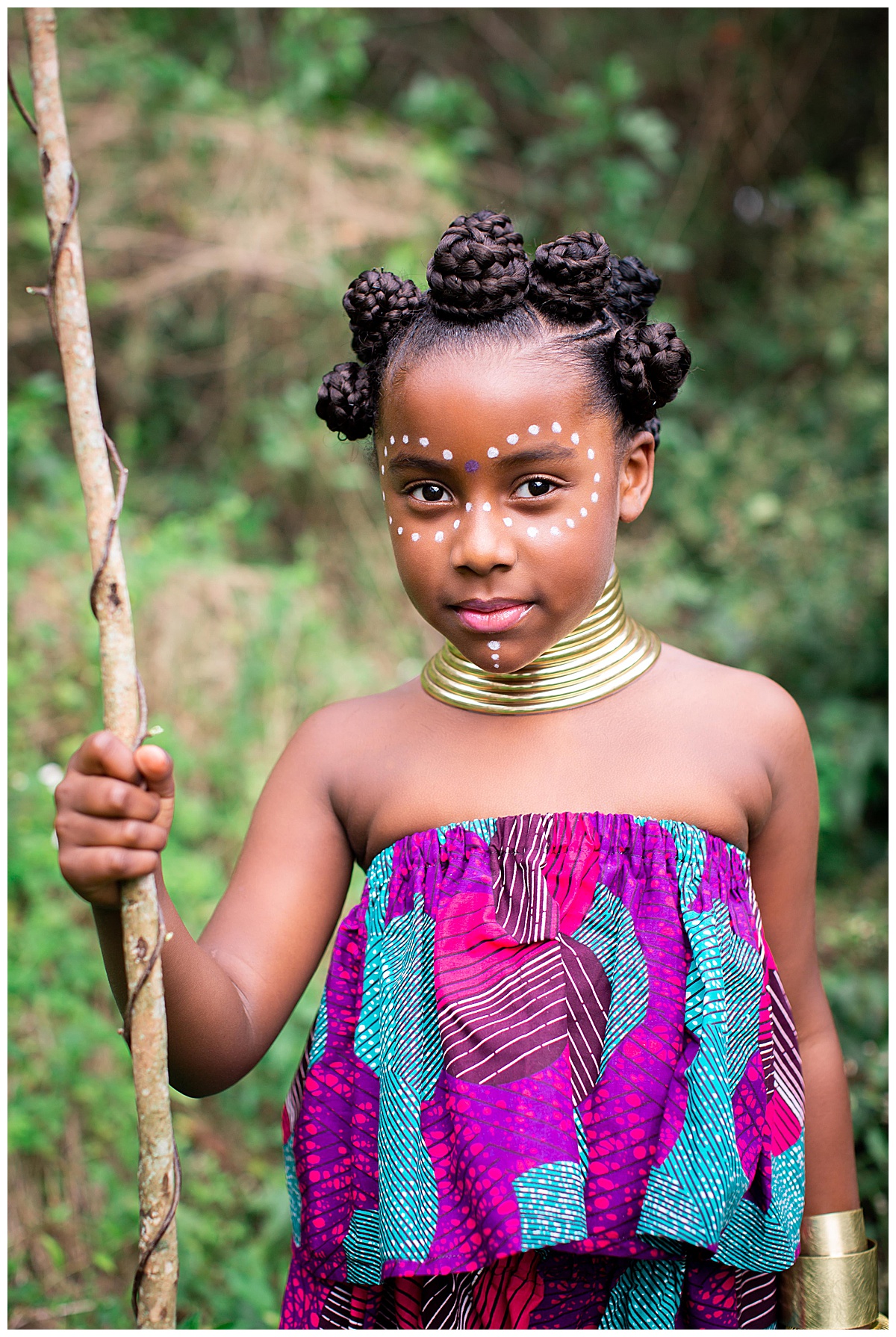 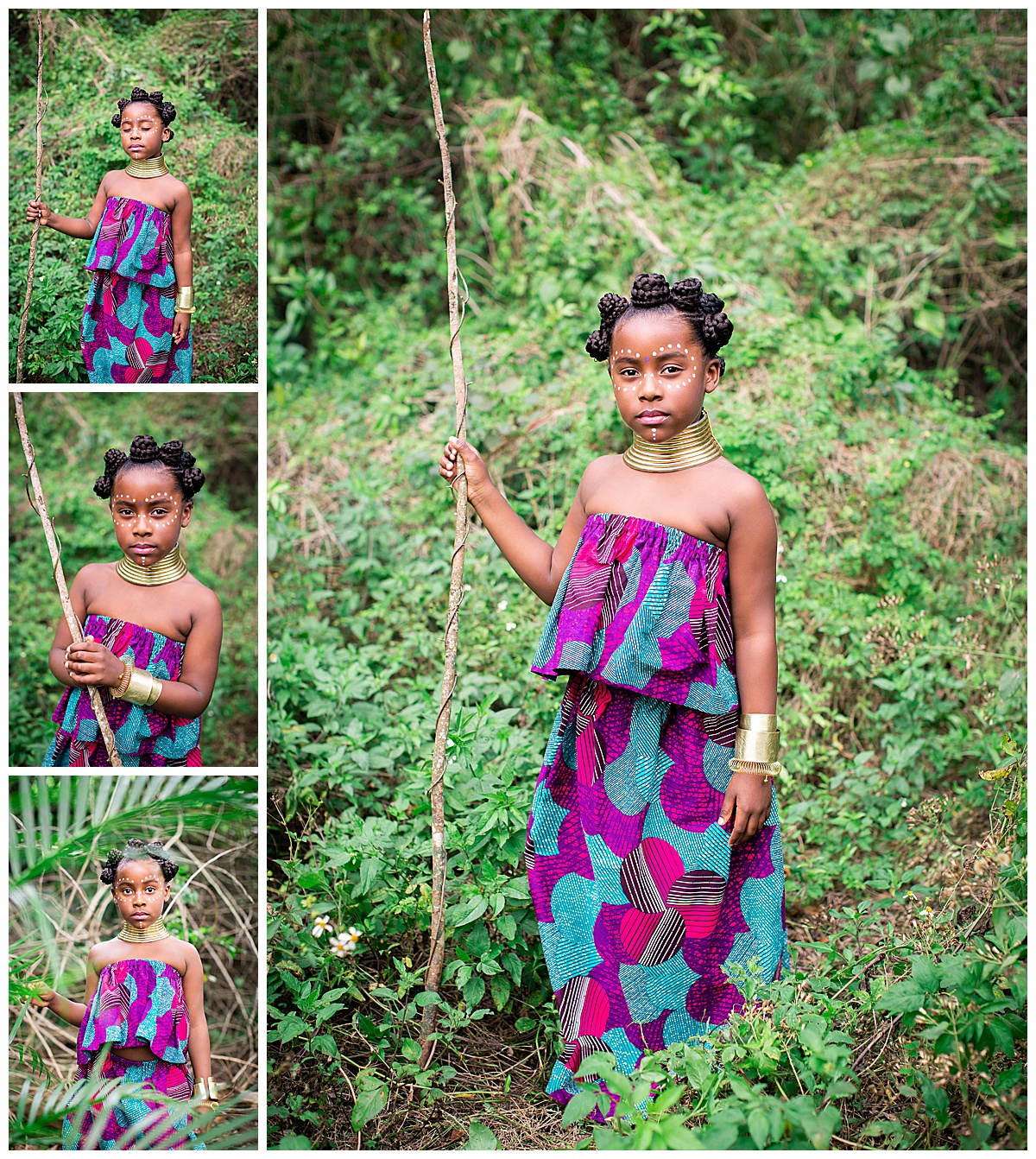 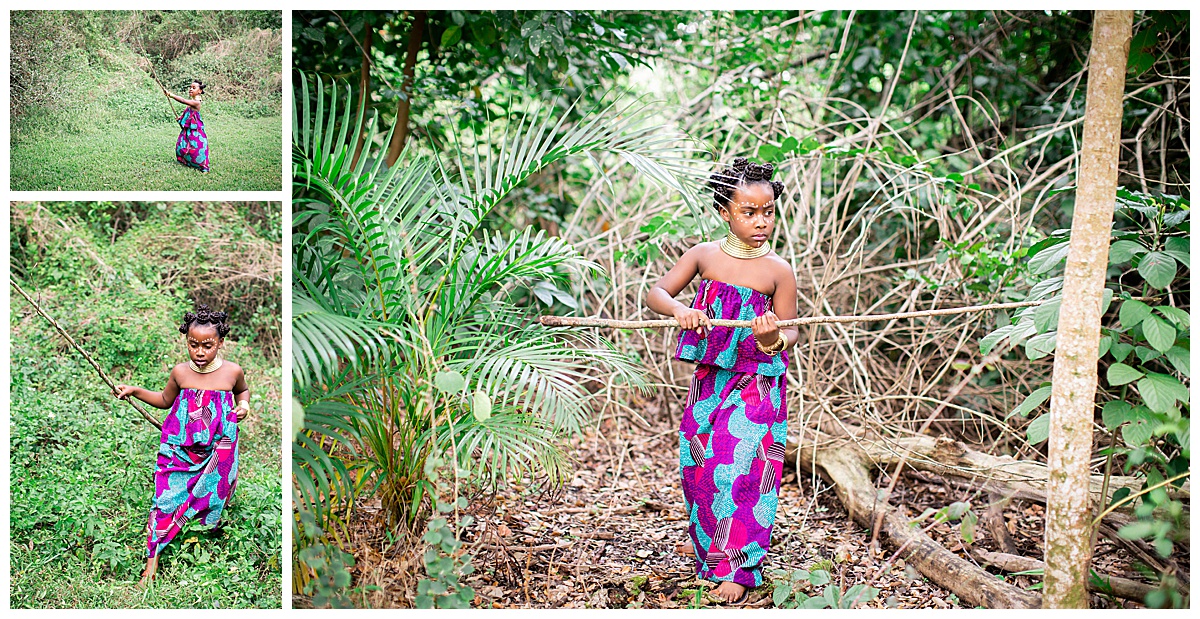 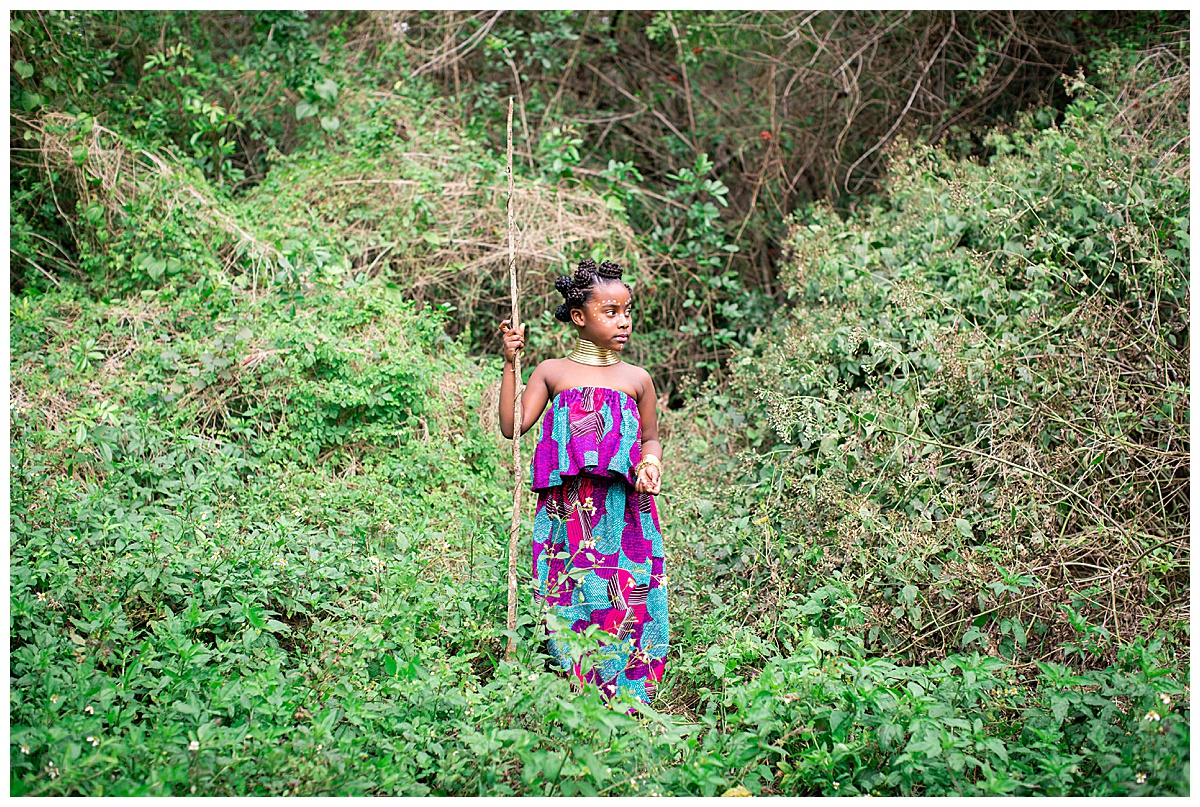 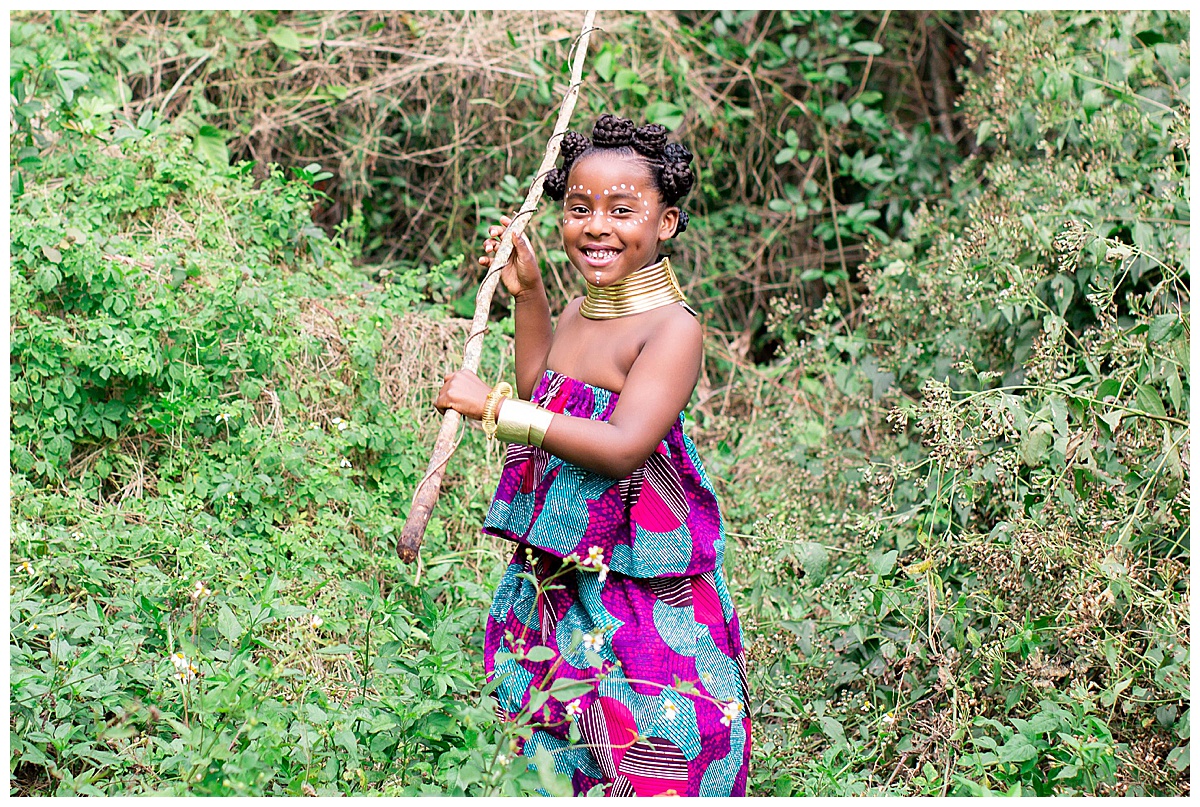 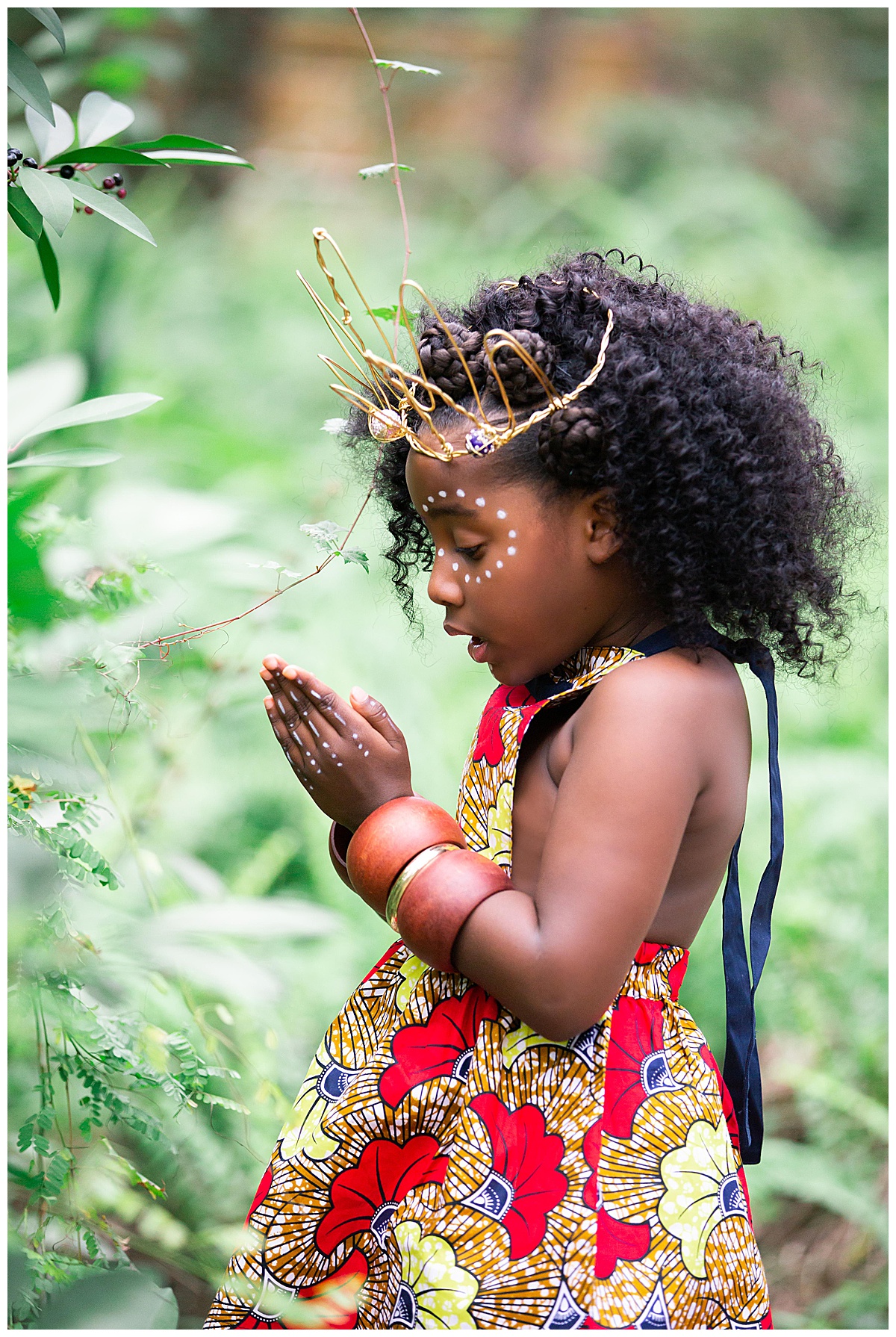 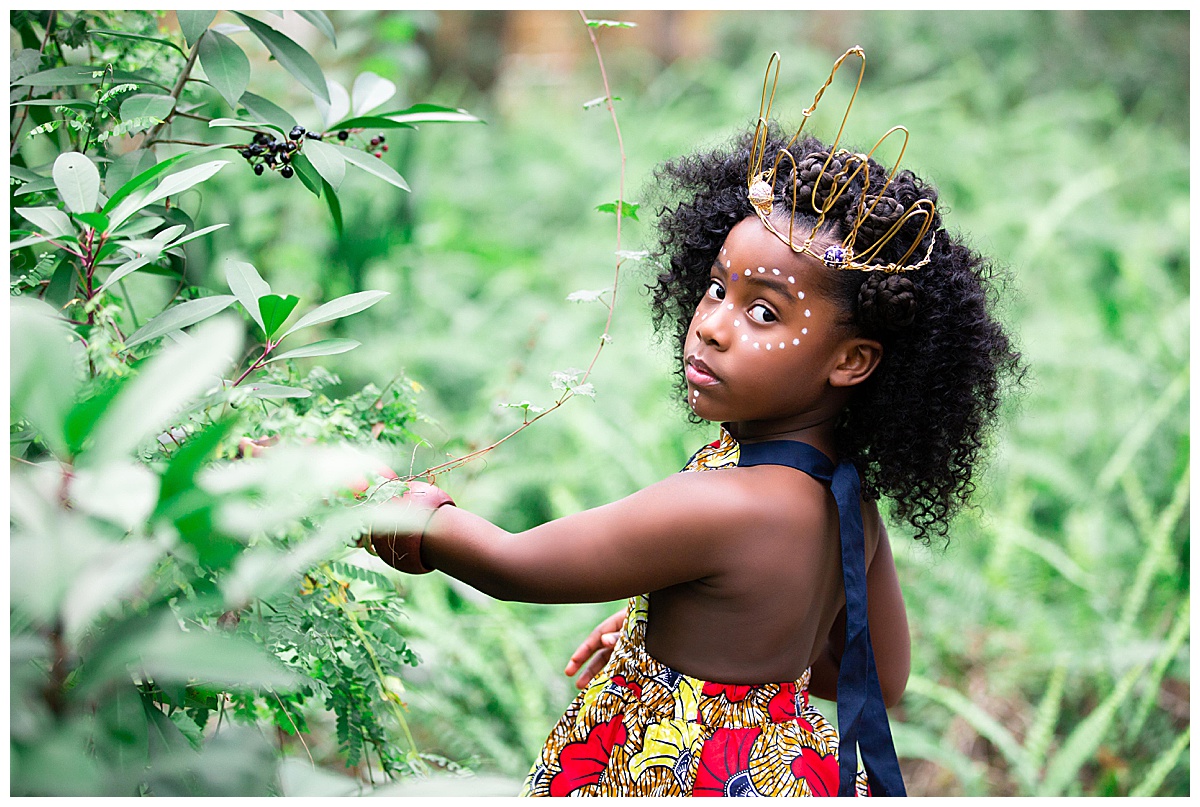 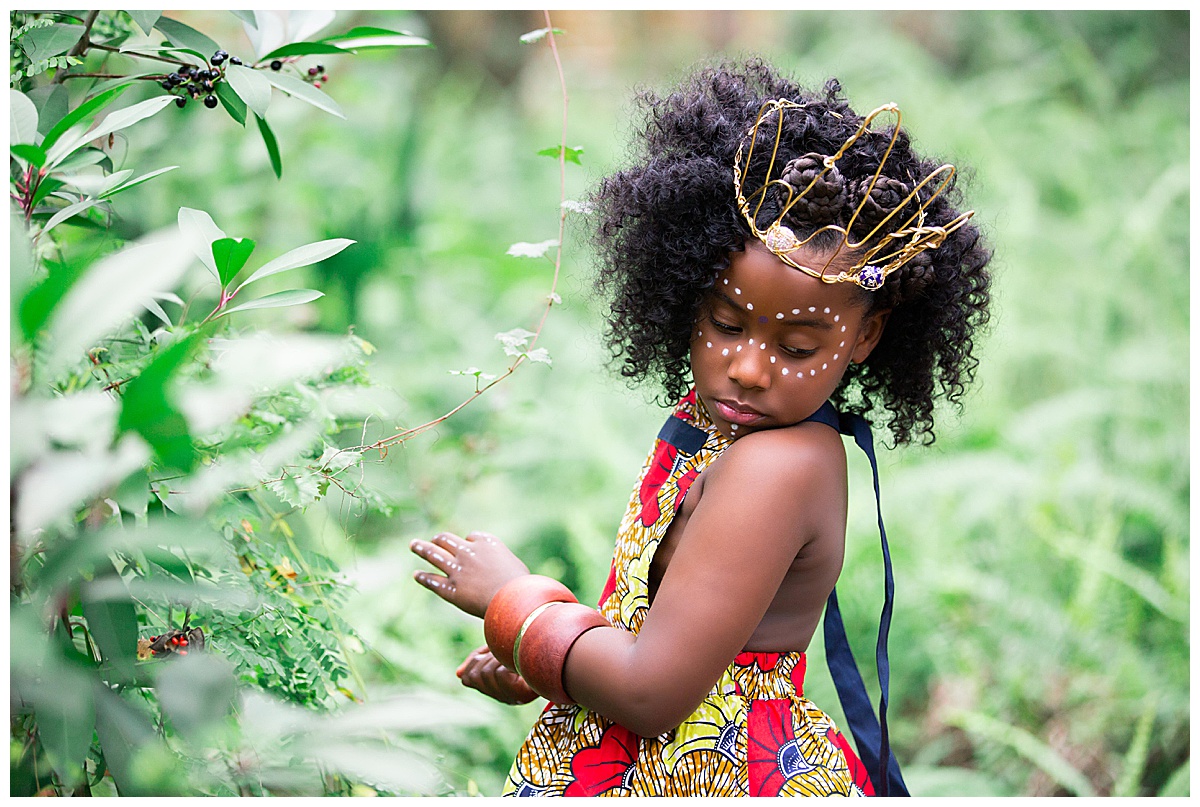 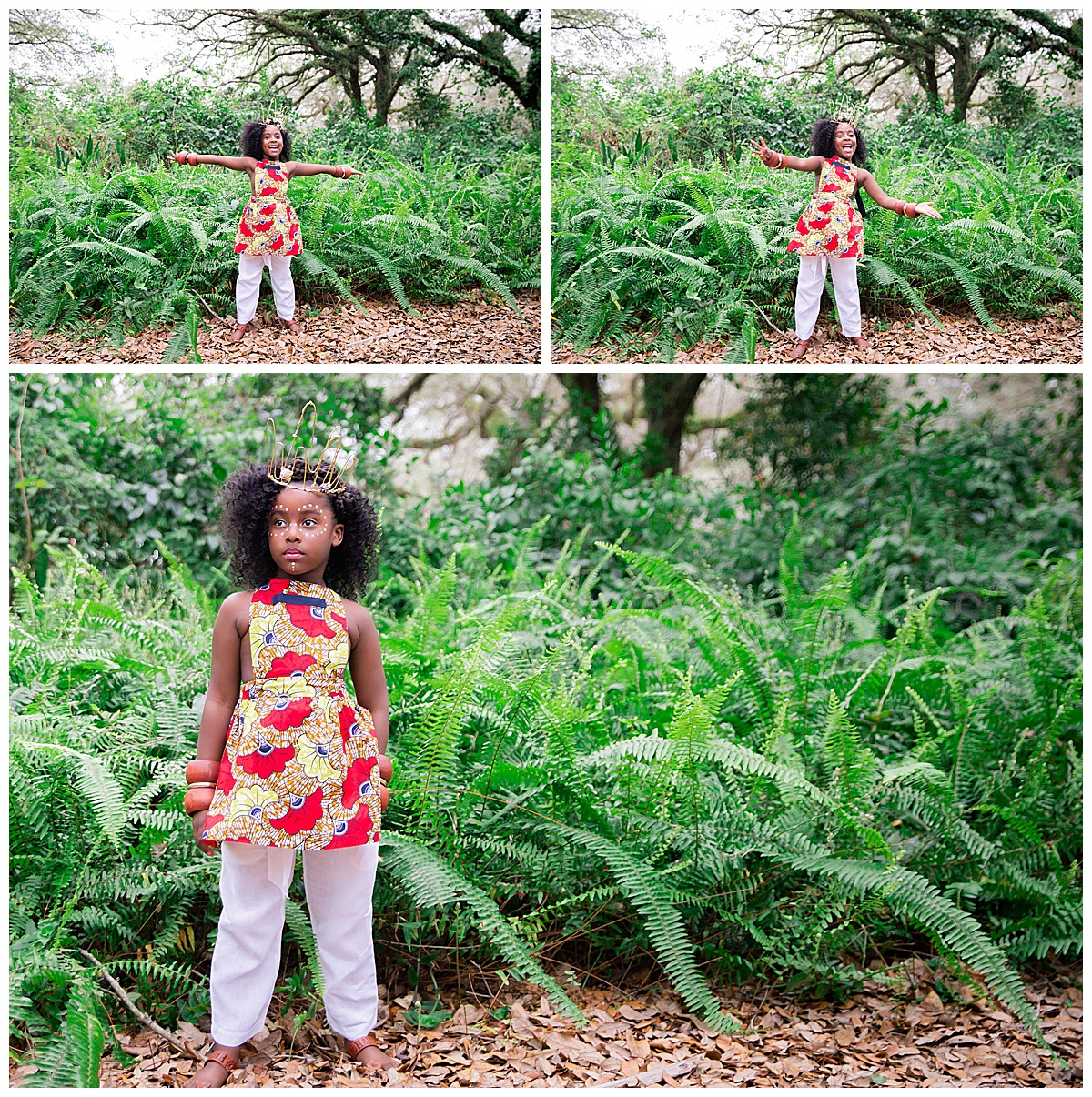 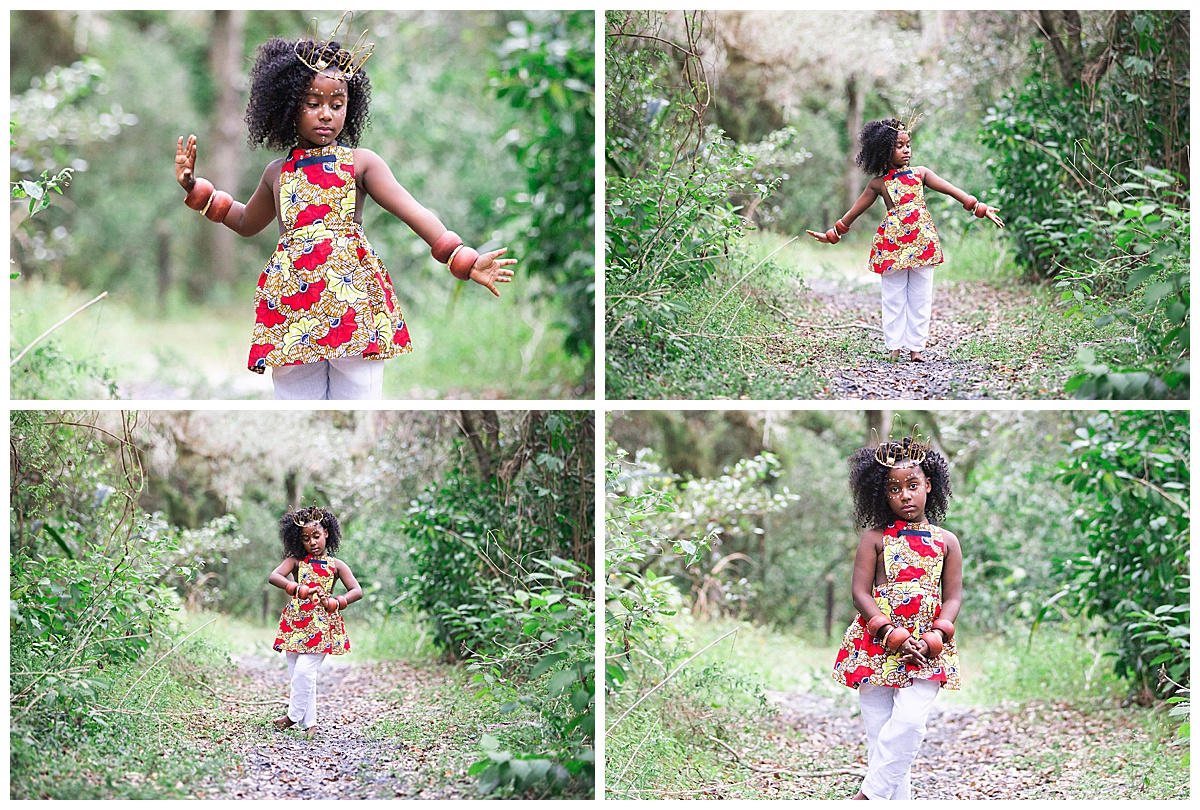 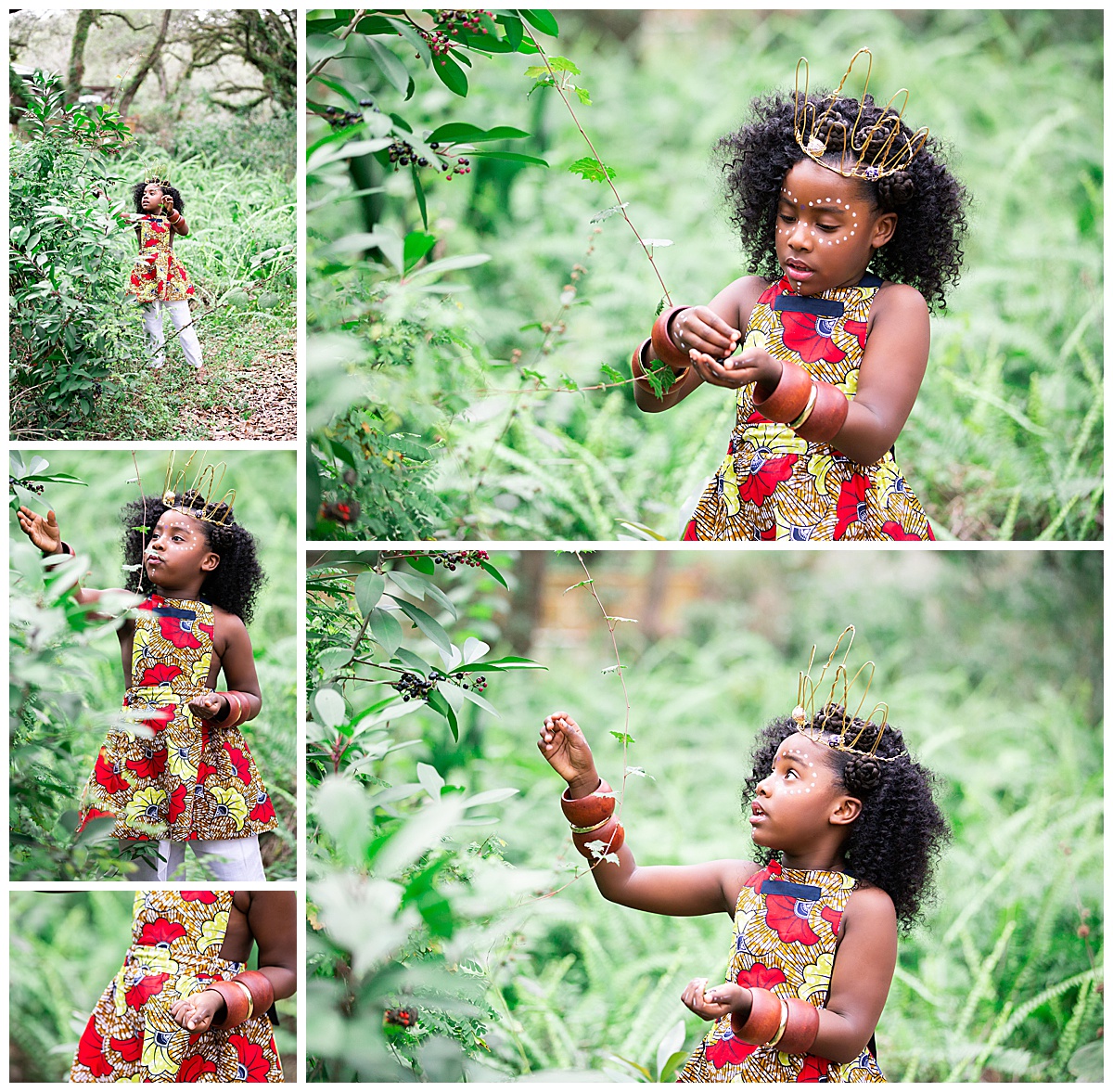 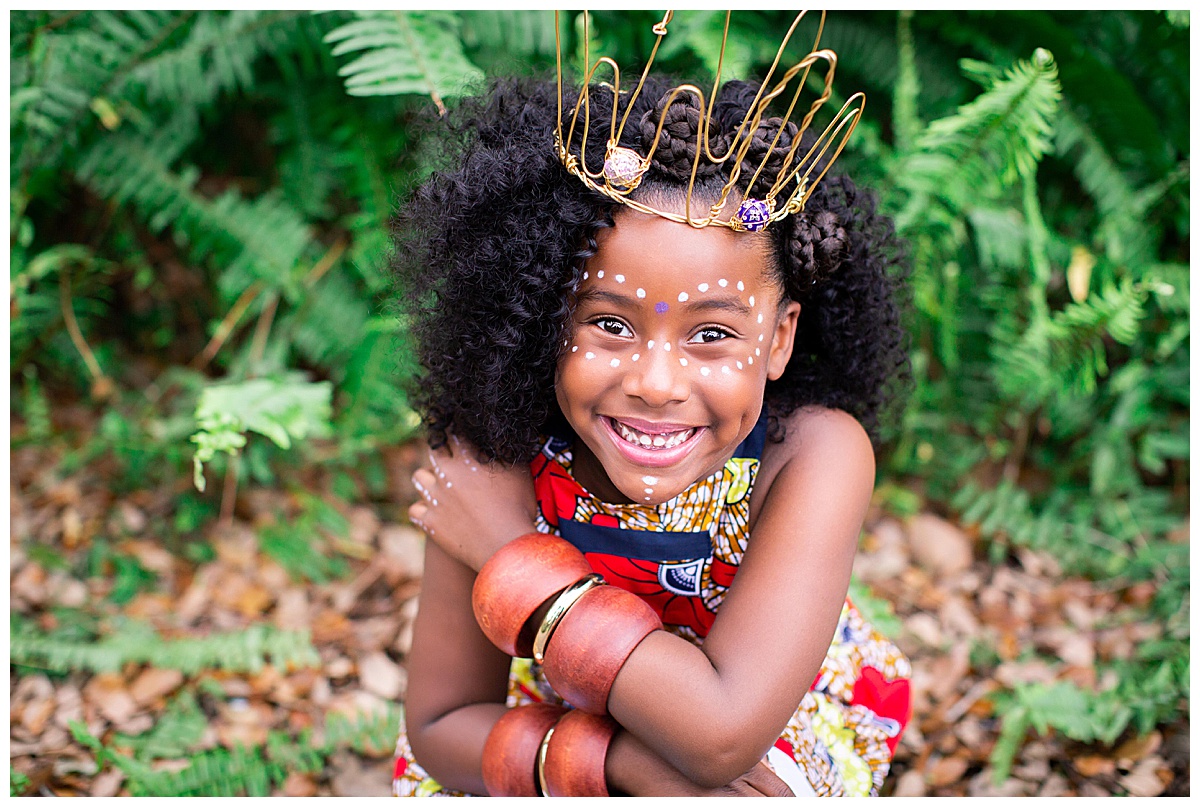 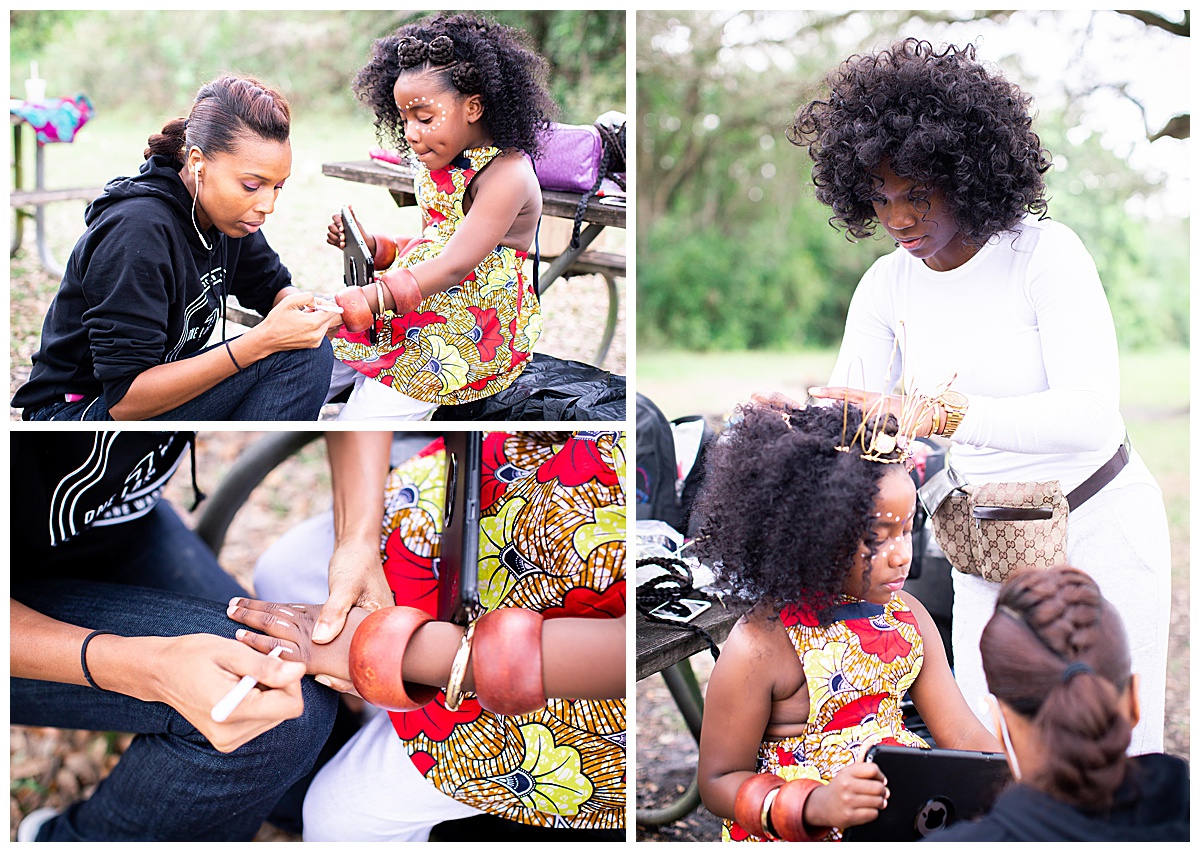 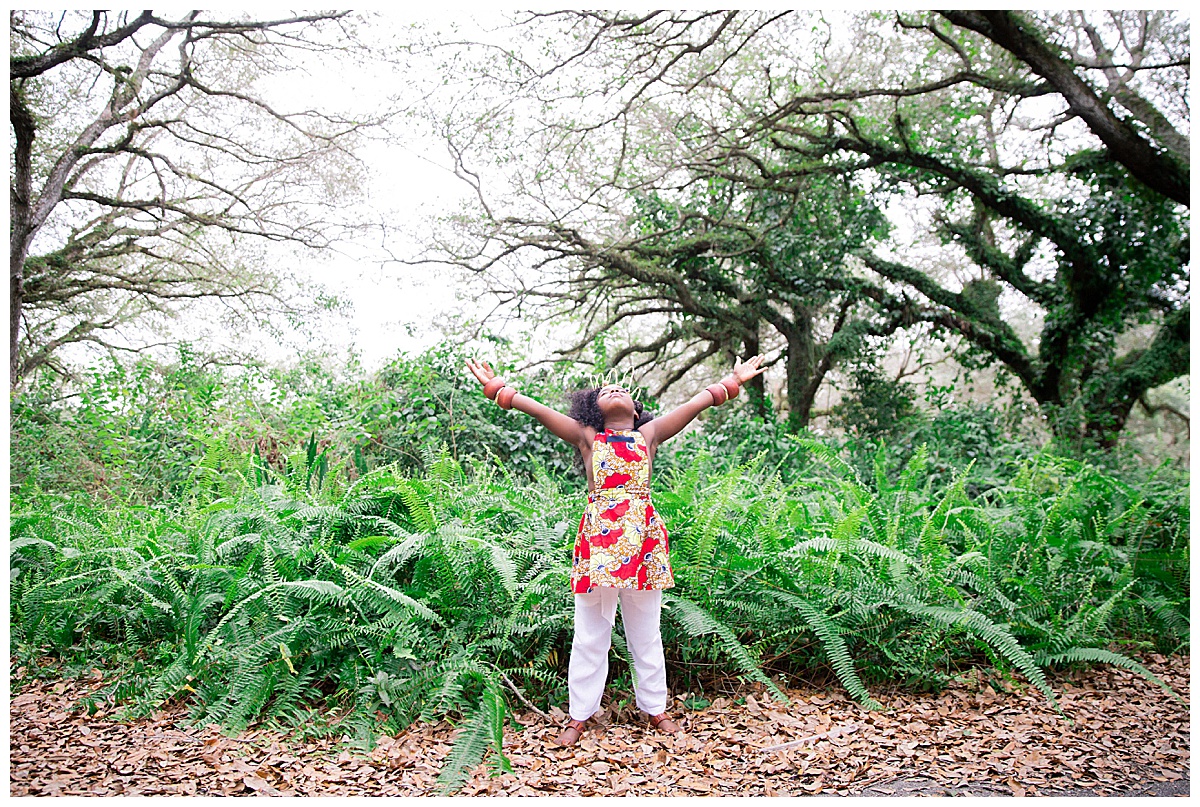 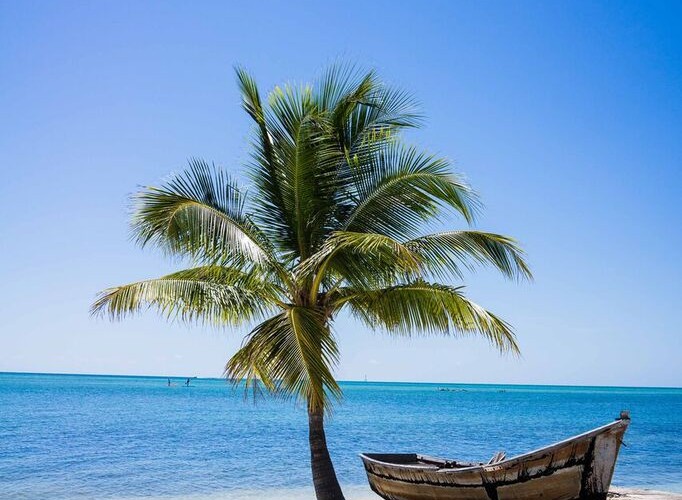 I was exhausted…even before I knew that I would spend the day before our anniversary trip being delayed in a DC airport for 8 hours – coming home at 4AM…I was exhausted.  The month of March was crazy for me.  Work trips.  Conferences.  A week long family cruise (more on that later).  A week without my nanny, who was on vacation.  I was done.

I had big plans for our 5th Anniversary originally…but I was also dealing with low energy, very limited time, and definitely no desire to jump on another flight….even to a gorgeous island.  So my husband and I decided to do a quick getaway for 2 days, right in our backyard.

I’ve lived in Miami for close to 35 years…and I’ve never truly experienced the Keys.  I remember going to Key Largo a few times with my parents – but I really don’t remember its beauty.  Well, that changed on this trip. But even the 4-hour car drive all the way to Key West was too much for me to bear.  We decided to head to Islamorada, which was a short 2 hour drive from Miami.  The Keys was exactly what I needed.  Peaceful, tranquil, laid back and charming.  I just wish we had more time to spend…but we will be back soon.  I’m sharing a few of my favorite photos from our trip – shot by my personal photographer…my husband.

END_OF_DOCUMENT_TOKEN_TO_BE_REPLACED 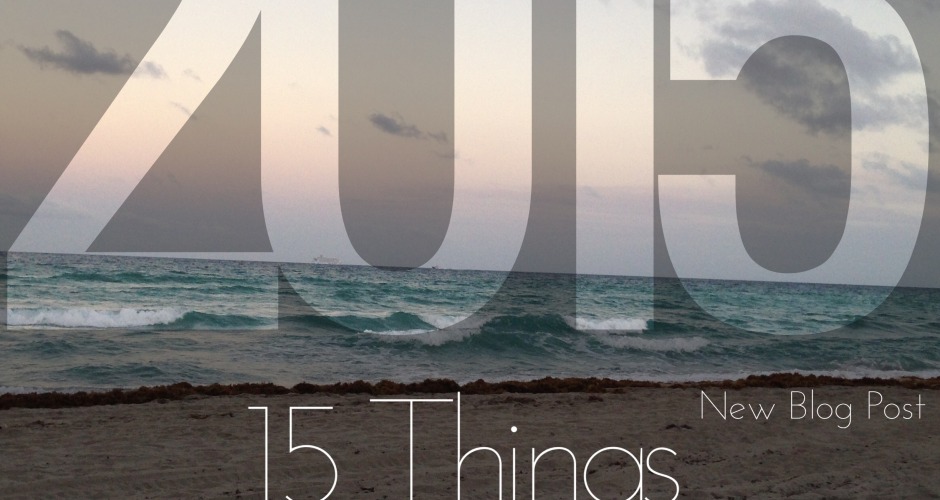 Going into a new year always brings about new promises to yourself…resolutions, goals, or however you chose to frame it.  For me – while I’ve gone away from setting “resolutions” that I’ll break in a week – there are a few things that I want to do MORE of this year that are easily attainable, with a little focus and balance throughout the year.  I thought I would share my top 15 things that I’m committing to do more of.  And instead of waiting til December 31st – I’ll make sure to check in from time to time to make sure I am on task.  Here goes:

Would love to know what you’ve recommitted yourself to for 2015…please share!  Your thoughts will inspire others.

Here’s to getting it done…Happy New Year!